Solution Focussed Therapies
GPs have a role in providing mental health treatments and should bear in mind that talking therapies have as good if not better levels of success than pharmacological approaches and they have no side effects. Efficacy without side efficacy! What's more there is no possibility of physiological dependency and therefore no withdrawal syndrome.

For talking therapy to be effective both the practitioner and the patient need to be in the moment. But what does that mean? It can mean that your mind, body and soul are in harmony, that your full attention is in a specific place and time i.e. in the therapy space.

Either way, you should not be sitting in the therapy space whilst thinking about having a coffee with a friend or what you will eat for dinner. Another way of describing it is getting rid of your internal dialogue. If a stray thought pops up, and they will, then let it go and then refocus your attention back to that therapy space.

Solution focussed therapy does not dwell on the past, but rather works from a premise that the future is negotiable. Solution Focus is not so much a set of therapeutic steps as a way of communicating with the patient and letting them open their own eyes to their own functional solution to their problem. Knowing the problem or engaging in analysis is quite unimportant.

So, what is the process?

Well, it begins by asking the patient.

Actually ask the patient how they want to live their lives, don't tell them how to do it. Admonishment as therapy is so twentieth century!

Ask your patients what is better since they last saw you. Ask them what their "exceptions" were that show their suffering is not entirely constant. Ask them if they can be complimented on anything. Was there anything that the patient handled that was challenging, that they coped with when others would have crumbled. These complements are reflections on the resilience, coping and values of the patient. Ask them what their hopes are for the session you have with them that day.

Sun Tzu said "If you know the enemy and know yourself, you need not fear the result of a hundred battles. If you know yourself but not the enemy, for every victory gained you will also suffer a defeat. If you know neither the enemy nor yourself, you will succumb in every battle." Sometimes therapy can feel like a battle of wills, but it should not be seen thus. Rather it can be a space wherein both the patient and the therapist achieve an in depth understanding of the patient's strengths and weaknesses, their ideas concerns and expectations and their concept of purpose. With this understanding the levers of change can be engaged. The patient needs to see where their own levers are, so they can use them to effect meaningful change. The therapist is not trying to win but trying to coach the patient to develop their own self efficacy, their own hope and ultimately to win their own battle.

A useful question to ask in this context is "what are they good at"? what would a significant other/close friend/child/colleague say they were good at? Third party perspectives can be more powerful in unlocking this truth, and it can sometimes be useful to ask this question about someone whom the patient fears or does not like. With this question we get an idea of the connections the patient may have with other people and question provides an opportunity for the patient to consider themselves within the context of a family, a tribe and society.

The miracle question is also a useful tool to unlocking the potential for change. IT is a question designed to evoke a detailed vision of their desired future.
The question might be phrased as follows.

"So, you go to bed tonight and you don't know it happened, but during the night a miracle happened and all the things that brought you here today just dissolved. What would be the first clue that the miracle had happened? What would someone else see hear or feel? What would they see you do?

It is important to drill down, get detail, about what their desired future would look like on day one.
-
Follow up questions might include the following.

And the line of questioning could then be brought back to bear on the present by asking such questions as "Could you do something different now, as if the miracle had happened? Would you be prepared to try?"

Having a dream, a hope, and noticing that the problem is not there all the time (exceptions caused by a degree of agency) works towards them determining the small steps required to get big results.

When considering solution focussed therapy and change management it is important to recognise and avoid dead men's goals. An example could be "to not drink". These goals are so called because the dead don't drink. Rather, it is more engaging and beneficial to use the instead" question. An example might be "So what would you do instead of drinking?". And an answer might be "I'd spend more time playing with my kids."

The power of the right question ta the right time delivered in the right context should not be underestimated.

The image below represents a starting point on the journey a therapist takes with a patient towards successful change management and recovery.

Watch our show on topic on MedHeads 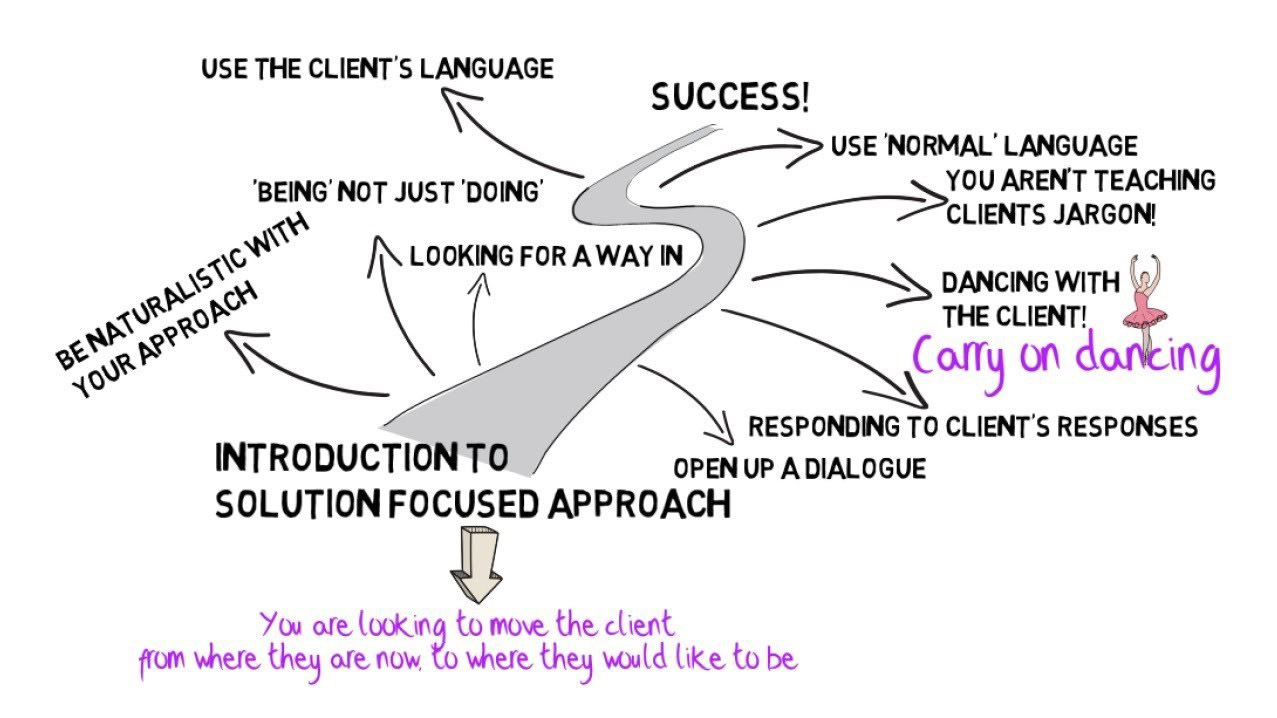 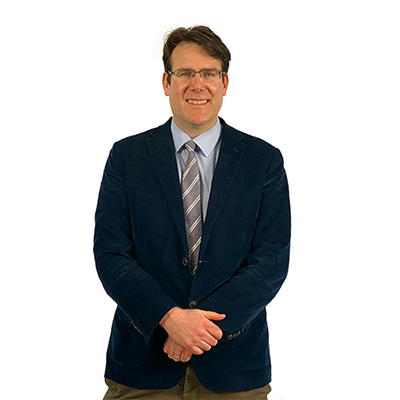